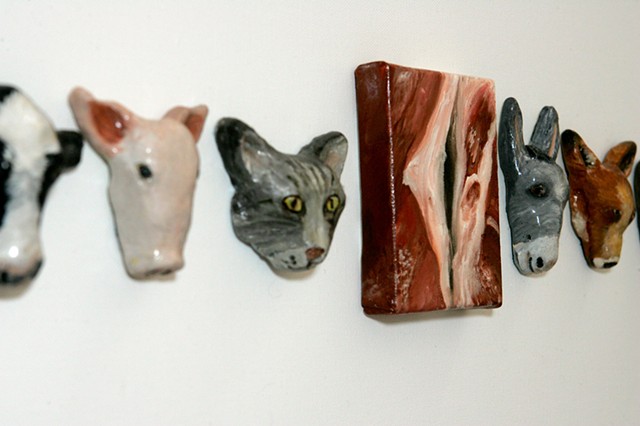 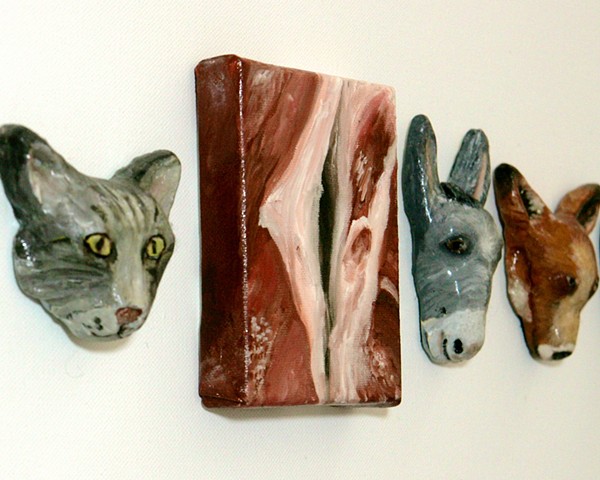 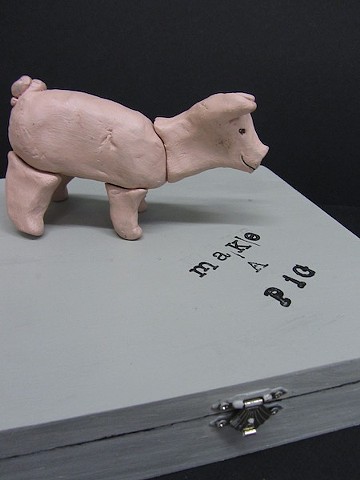 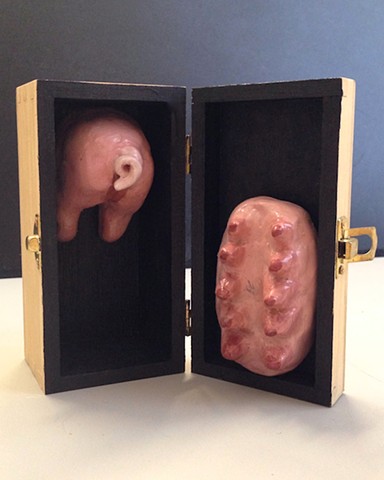 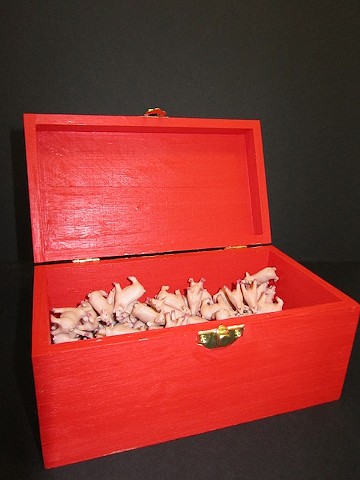 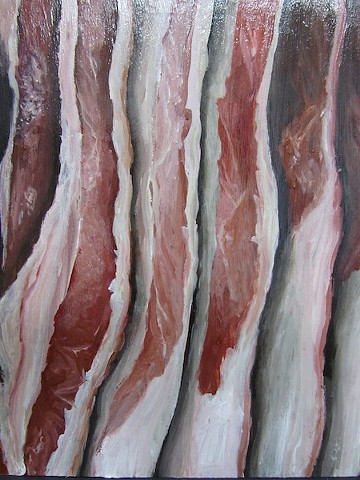 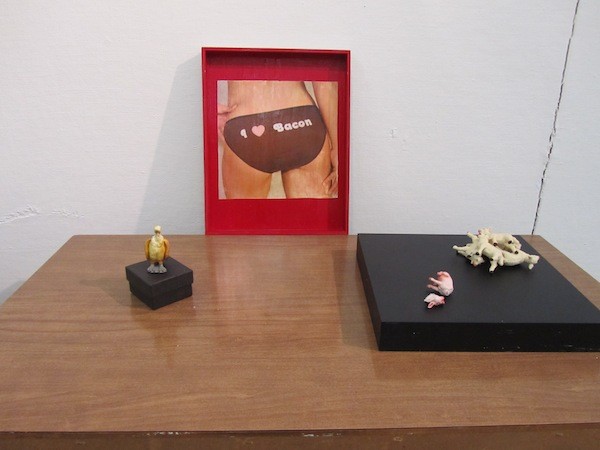 Installation
Table Detail
Inside of Bacon Box cover : back center 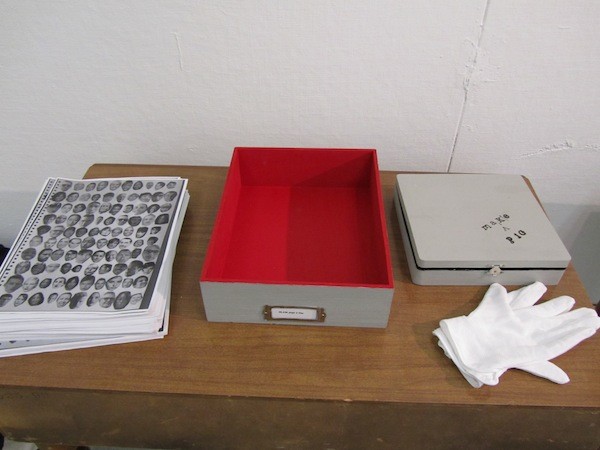 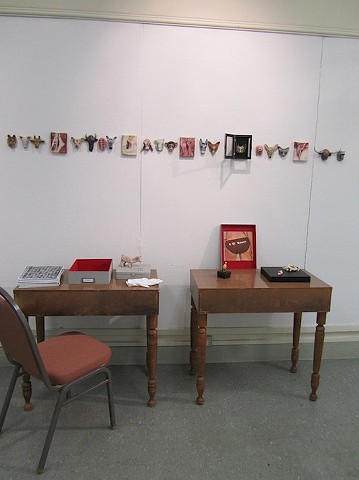 Pretty Object Project began as a way to express the objectifying of both animals and women.

How do we use animals to describe ourselves?

TIger, cougar, vixen, fox, bat, goat, cat, wolf, pig, ape, monkey, buffalo, bull, and cow are all examples of words used to both name animals and describe humans. Words also affect how we treat animals; the pig has been misrepresented in our culture and portrayed as slovenly and deserving of mistreatment, when in reality, they are very clean, intelligent animals. The names of the animals in this installation have all been used to negate both humans and the animals they represent.

Hanging on the wall, small sculptures of animal heads are interspersed with small paintings of raw meat. I made the Bacon Box when I read that one slaughterhouse in North Carolina is now capable of killing 32,000 pigs a day. The number was both amazing and horrifying. I cut out one hundred heads from magazines and glued them to a piece of paper. After copying the page 320 times, I had 32,000 heads. I put them in a box and painted bacon on the cover. I am still horrified by this number and it inspired another ongoing series, Pig Blindness.